Who was Stewart Parker?

For all of its rough and tumble, the Tenth has also seen boys emerge with considerable artistic gifts.  Sam Mateer, a Scout in the 1960s, is a noted Ulster artist who founded the Pastel Society of Ireland.  Brian Munn, of the same era, has acted in movies ranging from the Troubles-based drama Cal (1984) to the Tom Cruise adventure Far and Away (1992).  Graham Harron, a Scout in the 1950s and then an Assistant Scoutmaster, is Ulster’s premier goldsmith.  The outstanding former member in the arts field, however, has to be Stewart Parker.  Now recognised as Belfast’s greatest playwright, and a powerful advocate of reconciliation, he was a 10th Scout for four years in the 1950s.  A year before his death in 1988, he reminisced in a letter about his time with the Troop, describing firstly how he became a member:

I had a childhood plagued with ill health, culminating in pleurisy, which kept me off school for a year, and by the age of 11 was a frail little runt; it was suggested that joining the Scouts would be good for me.  I was taken along to the Tenth by Lexie Kennedy, who was then courting my cousin Rosemary whom he subsequently married.  Although I was under age, Mr Barr agreed to take me on…. 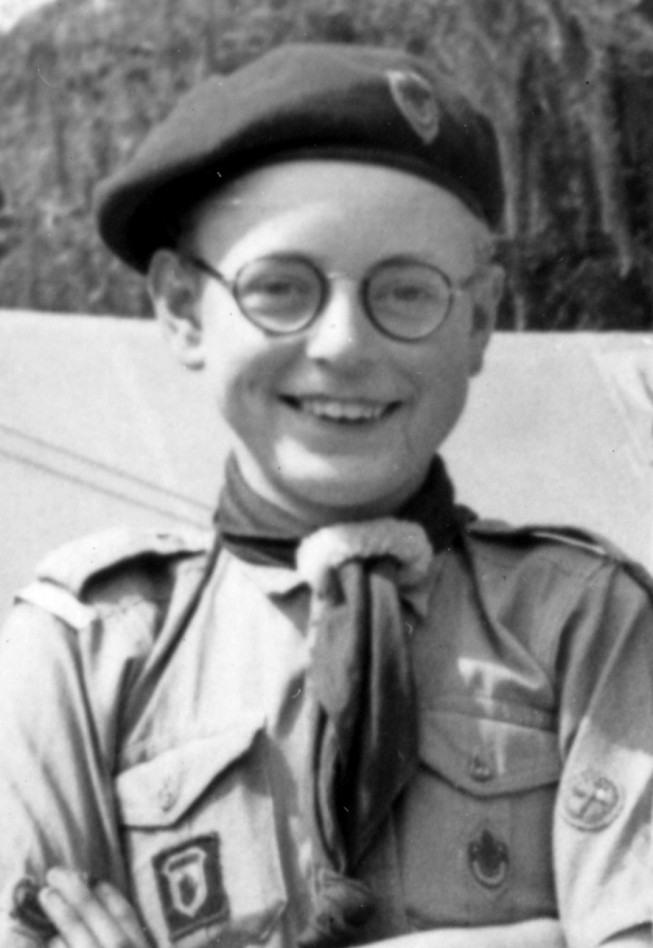 Stewart was soon on his first trip away from home, to the Troop’s 1953 summer camp near Luss on Loch Lomond.  ‘The most important thing I learnt there was that I was incapable of homesickness.’  Stewart was the Troop’s ornithologist.  John Shannon remembers him insisting on the Patrol getting up early at Easter camp at Randalstown to listen to the dawn chorus.  He was also fond of quoting lengthy passages from literary classics.  In a group of boys as physically orientated as the Tenth, it could have ended in tears.  Instead, Stewart discovered that:

You didn’t have to be good at games to be well thought of – this was a major feature of the Tenth, one of the most remarkable things about them in my day, and one for which I will always feel grateful….  I was useless at any sport, but was never made to feel inadequate as a result – instead, each boy was encouraged to shine at whatever he could do.  Which in my case was entertain.  The camp fire skits and songs was where I came into my own.

The talent thereby nurtured would later become evident in plays that have been staged on Broadway and in a dozen countries around the world.  Crucially, the Tenth also gave Stewart a refuge from the tribalism of Belfast.  To judge from an address at a Scouts’ Own around 1956, he was actually quite a religious young man.  His view then was that ‘to be a good Christian you must have this ability and determination to spend your time profitably…. worshipping God in any fashion is time well-spent, and this includes most definitely the Scouts’ Own.’  Religious bigotry, however, would become his target as he grew older. 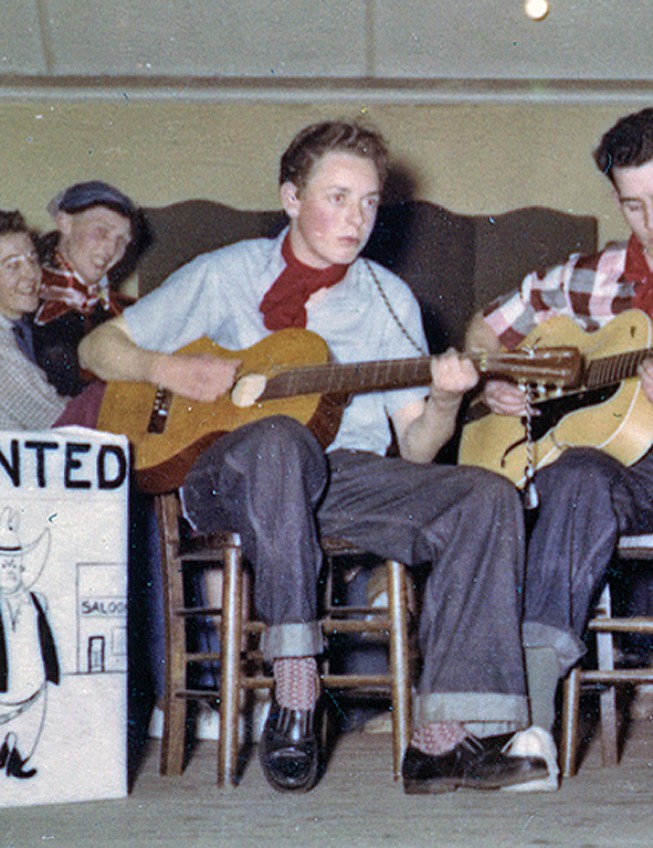 Stewart regretted having to leave the Troop: ‘it was a question of having to work flat out at school for what was then known as the Senior Certificate exam – the equivalent of G.C.E. but with O-levels and A-levels done simultaneously – in order to win a university scholarship, which I desperately wanted to do.’  He started writing professionally in his twenties, with radio plays for the BBC in Belfast, but his big break did not come until he was thirty-three, with a stageplay called Spokesong.  That work premiered in Dublin in 1975 and was the hit of the Theatre Festival.  It was most recently performed – along with Pentecost, Stewart’s final work – as the highlight of the Belfast Cathedral Quarter Arts Festival in 2008.  Other plays have been broadcast on radio and television.  One is of particular interest:

Years ago I was inveigled along to a 10th Scouts anniversary dinner of some sort.  I was struck by how grown men revert to being boys on such occasions.  Later I wrote a play with this thought partly in mind, a satire on masculine group behaviour.  The play wasn’t in any way based on the event, but it drew some notions from it.

That was The Kamikaze Ground Staff Reunion Dinner, winner of Best Radio Play of 1980; it was later adapted for television.  But it is Stewart’s ‘Three Plays for Ireland’ – Northern Star, Heavenly Bodies, and above all, Pentecost– that will be his lasting legacy.

As a teenager, at the Scouts’ Own, he once told the other boys: ‘now, above all times, is the time not to lose.  It can never be regained.’  As an adult, in the face of continuing illness, he kept that ability to value the individual moment.  He died of cancer at the age of 47.  The poet and Nobel laureate, Seamus Heaney, said of Stewart afterwards: ‘he stood for that victory over the negative aspects of Ulster experience which everybody wants to believe is possible.