A Scout Group that takes pride in its record, the Tenth has always kept the interests of the wider movement in mind too.  This is perhaps best exemplified by the service rendered by 10th members to other Scout Groups and bodies.  The following list may well be incomplete, but it gives an idea of the extent to which the Tenth has contributed nationally, and indeed internationally.  That reach was at its greatest when Britain still had an empire and many a 10th boy went out to find his fortune in it.  There must be many who kept a link to Scouting wherever they ended up.  One who did so was Charles Harold Tyrrell, the Tenth’s first Cubmaster.  His work in banking took him to Iraq and India, and it was thanks to him that in 1921 a very special letter arrived in Belfast from Bombay, carrying a message to the Tenth from Robert Baden-Powell himself, who was then touring the sub-continent.  It read: “A good Scout aims for the Three H’s: that is to say, he makes himself Healthy, Happy, and Helpful to others.  Baden-Powell”.  The following people have certainly fulfilled the third H on that list. 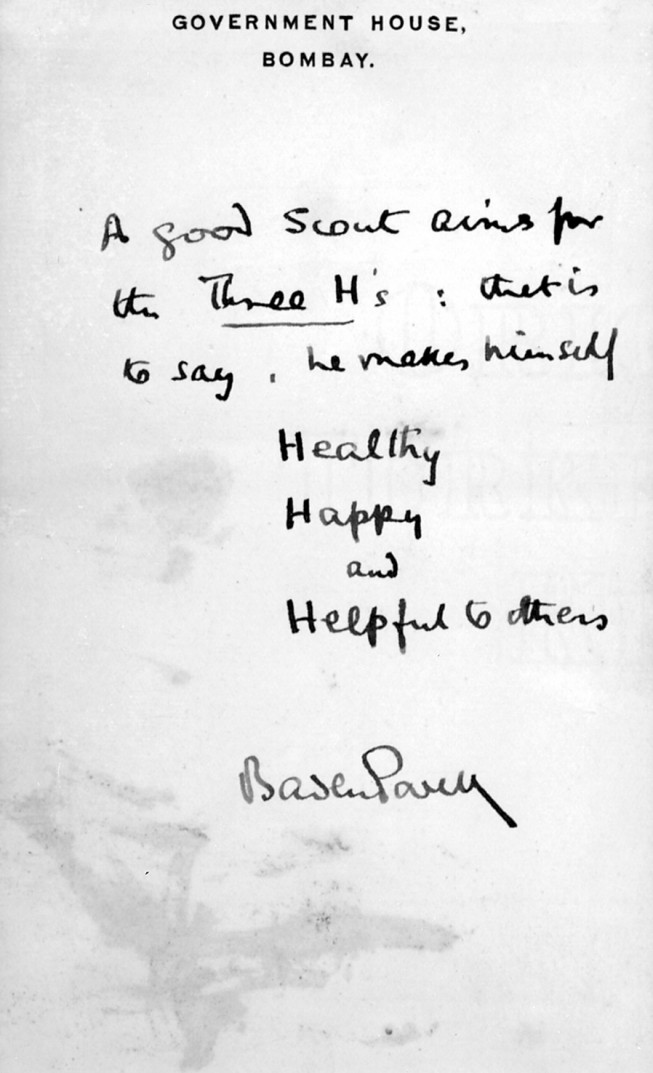 Robert Baden-Powell’s message to the Tenth from India, 1921 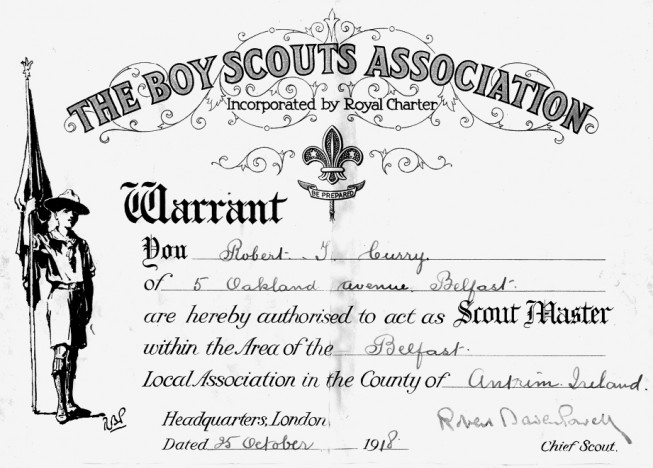 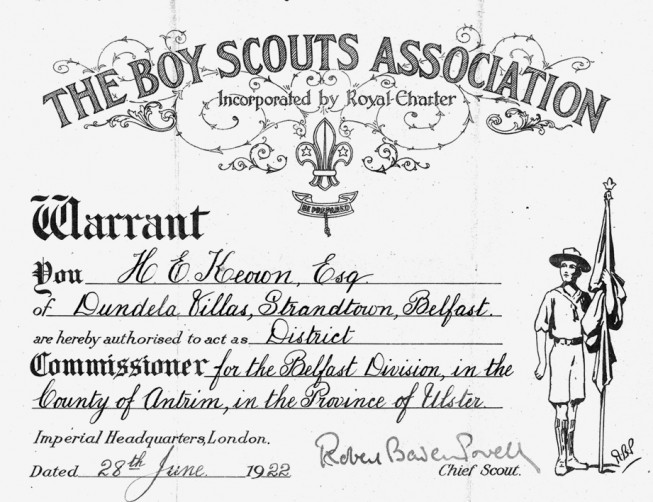 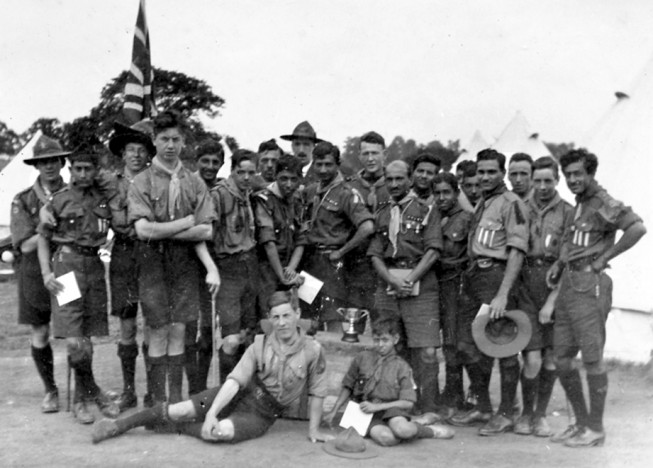 Scouts of C.H. Tyrrell’s 2nd Bombay Troop with 10th Scouts at the Imperial Jamboree, Wembley, 1924.  Harold Tyrrell helped set up the first Scouters’ training centre in India, and once had an interview with Gandhi about the movement.  He also worked in Iraq, and the silk Iraqi Scout flag in the Tenth’s possession was his gift